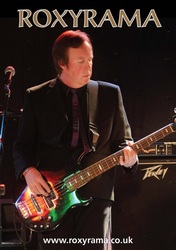 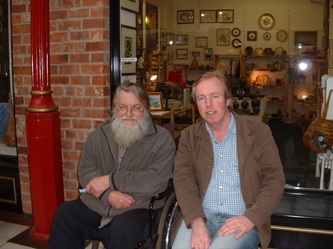 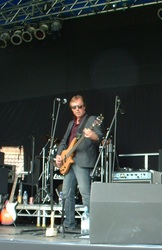 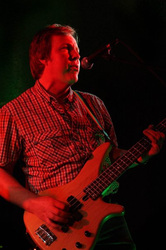 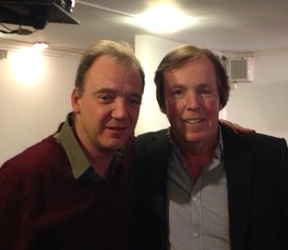 Fin has been a Roxy Music nut for more years than he cares to remember and his love of their music led him to form 'Roxyrama' back in 2006. Having played in numerous function bands - notably 'SPLINTER' and a Blondie tribute band over the years, his real dream was to  faithfully reproduce the timeless classics of Ferry & Co. Although putting together the musicians for such a project was never going to be a problem, finding a passable 'Bryan Ferry' seemed insurmountable; until he accidently met Stephen Richmond and gradually got to know him - mainly by having the odd drink with him in a local watering hole! All the ingredients were finally there and he along with Stephen and Neil Harris, a keyboard wizard whom he knew from playing alongside in the Blondie tribute band 'ATOMIC', gave birth to 'Roxyrama'. Since then Roxyrama's reputation has grown and grown with them becoming one of the most accomplished, authentic and respected tribute bands in the country.

Fin is a member of The Musician's Union.